The MONSTER! Blog will be the fifth time I've tried an internet/web page for Kronos Productions (named after the 1957 giant robot invasion film). After a few decades of this nonsense I think I may get it right.

Oh, but the past:

My first attempt to post articles and images out there in the "cloud" was back in 1988. For those of you who have been with the internet from its humble beginnings in the early 80s, you know how frustrating and SLOW it was. MONSTER! ONLINE was a series of articles and so forth that I tried to post on a weekly basis when I was a Compuserve consumer. Didn't work out so well. I had to dial-up Columbus, OH and log into a bulletin board. Not a pleasant experience, and after a few months of frustration and expensive long-distance phone bills I ditched MONSTER! ONLINE. 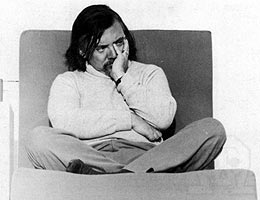 Next came a few sites at AOL; the most successful was the page called The FrancoFiles: The Pure and Extreme Cinema of Jess Franco. This ran from 1993-96. It was fun, and I created various graphics and reported on sad events such as the death of Howard Vernon and Daniel White.  This was also the time of MONSTER! INTERNATIONAL and HIGHBALL MAGAZINE. Both of those publications became increasingly harder to produce. When my co-editor Dave Todarello and I split and my grandmother died I shut down the FrancoFile and its sister site MONSTER! INTERNATIONAL.

I'm sure someone with some talent could dig those pages up by using Time Machine or the such.

For those interested here's the (sadly) DEAD link: members.aol.com/timothyp2/francofolder/francofile.html

And then there are echoes of the site:http://www.helium.com/items/669908-vampyres-from-france-exploring-the-films-of-jess-franco/print


Decades later I'm going to attempt this again. So, dear readers, at the beginning I'll start with the modest rate of 500-2000 words a week. Not much when you consider other folks who blog. AND for those of you who have read my 'zines from the past 30+ years know, you already I am not a great author of ground-breaking material. Nevertheless, thanks to a few fine folks out there (and Facebook for (re)connecting me with them) - Dave Zuzelo, Brian Harris, Dan Taylor, and others - I have been gently prodded back into the cloud. Last but not in least in any form, a hardy "thank you" to Steve Bissette who asked me to write a little something for one of his many project.

And to Cara who has offered to proof-read for any typos.

Enough for the intro. New entries to start in a week or so. Expect the absurd... because that's what I love the most about MONSTER! cinema.
Posted by Timothy Paxton at 9:58 AM