Sometimes it pays to take a chance...

Every couple of months I get a package in the mail. It's usually full of VCDs or DVDs of films I know very little about. In the late 80's thru the 90's I bought a great deal of VCDs from companies in Hong Kong and Singapore, fueling my love of Chinese fantasy and horror films. I've now begun to rummage around the internet for other counties sporting unknown (to me) and rare titles. This is because the HK/Chinese market has pretty much dried up (at least from my financial aspect of film purchasing... this stack of 15 videos cost me $50 which included 3-day DHL international shipping)

The package came from India, and what was inside was pretty cool.  Not incredible, but not too far off from what I expected.

If you have the guts to order stuff just from the cover art alone, then you will end up with a pile of films that may look like this: 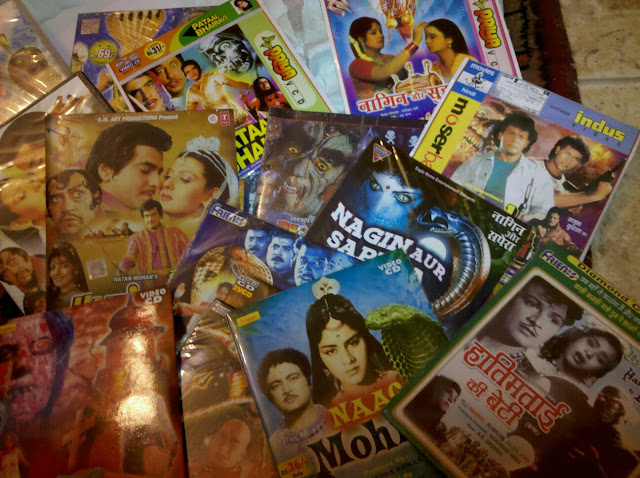